The History of USDA Food Guidelines and The Food Pyramid

Many of us grew up learning the old food pyramid for healthy eating, and today’s children are being raised on the idea of “MyPlate.” Future generations will likely have a different food guide and graphic because the United States Department of Agriculture (USDA) strives to keep up with societal changes and improved dietary understandings. The USDA has been issuing food recommendations for more than a century, dating back to 1894.

What’s classified as a food group has changed as well, when it comes to past and present dietary guidelines. Dairy and meat were grouped in earlier plans as animal products, but are now considered separate food groups. At one point, butter and margarine were their own food group.

The USDA’s food guidelines do more than just focus on the vitamins and minerals you need for a healthy life. They also detail what counts as a serving size and where you should exercise moderation.

The U.S. Department of Agriculture published Farmer’s Bulletin to cover a range of rural-related topics such as plant diseases and sustainable agriculture. The publication started in the late 1880s and continued into the 20th century.

In 1894, Farmer’s Bulletin was used to push the USDA’s first food recommendations. The suggestions were for men and focused on carbohydrates, protein, fat, and minerals.

The first true USDA food guide appeared in 1916. Food for Young Children was written by the nutritionist Caroline Hunt and focused on five food groups:

A similar guideline for adults was published in 1917, titled How to Select Your Foods.

These guidelines were active throughout the 1920s. The USDA had to adapt its recommendations in the 1930s because of the Depression. USDA food economist Hazel Stiebeling came up with food plans for four different income levels to make shopping easier. The plans focused on 12 different food groups and the nutritional needs that had to be met in a week.

At the National Nutrition Conference for Defense in 1941, the Food and Nutrition Board of the National Academy of Science released the first recommended daily allowances for calories and nine essential nutrients:

The conference also raised the need for nutrition education. This is part of what prompted the release of the Basic Seven food guide in 1943, with later revisions in 1946. One slogan was “Eat the Basic 7 Every Day.”

The seven food groups were:

While better in many ways than previous plans, the Basic Seven guidelines still weren’t perfect. The plan included a recommended daily number of servings needed from each of the seven food groups but failed to specify serving sizes. There was little guidance offered on sugar and fat intake.

The USDA also notes that the Basic Seven plan was “considered complex,” which is likely part of the reason it was eventually replaced.

Things still were not all that they could be. As the USDA notes in its timeline, it lacked guidance on a recommended daily calorie intake and how much sugar and fat were appropriate to digest.

The Basic Four guide simply lists recommended portions for the four groups, with a note at the bottom that says, “Plus other foods as needed to complete meals and to provide additional food energy.”

It was in the 1970s that the U.S. government realized more emphasis on moderation was needed, rather than just advocating for adequate nutrients. Studies had shown that too much saturated fat, harmful cholesterol, and sodium were linked to a risk of cardiovascular disease and other chronic conditions.

In 1977, the Dietary Goals for the United States was released by the Senate Select Committee on Nutrition and Human Needs. This report called for quantifying a recommended daily intake of protein, carbohydrates, fats, cholesterol, sodium, and sugar.

The needed approach was too different for USDA to immediately adapt to, but its Hassle-Free Daily Food Guide was a step in the right direction. The food guide added a fifth food group for fats and sweets, focusing on the need to control your consumption.

USDA worked on developing a food guide that focused on the total diet, not just nutrient recommendations. Such a guide would describe how to obtain needed nutrients and what foods needed to be moderated.

The 1984 Food Wheel: A Pattern for Daily Food Choices included the five food groups that would eventually evolve into the well-known food pyramid:

The food wheel was not well-known outside of the USDA, so the next guide was to convey these key concepts simply. The department conducted consumer studies to help determine how the updated guide should look.

Plenty of us are familiar with the food pyramid’s design. The food groups of the food pyramid were arranged to stress the importance of a varied and healthy diet, what we should be eating the most, and what needed to be moderated.

At the base of the pyramid is the bread, cereal, rice, and pasta group, with the largest recommended daily intake. The next layer is dedicated to fruits and vegetables, then dairy and meat. At the top of the pyramid are fats, oils, and sweets, with the direction to “use sparingly.”

The USDA food pyramid received a redesign in 2005. Instead of a top-to-bottom construction, lengthwise slivers made up the new food pyramid, with five slivers for each food group. A slim band for oils was added as well, separating it from the fats and sweets it was previously grouped with.

One update to the pyramid graphic was a figure walking up the side of the pyramid on stairs. This addition stressed the importance of daily physical activity for a healthy lifestyle.

The included “My” also implies an element of customization. There is no one healthy diet that’s right for everyone, so it’s best to understand what your nutritional needs are.

The current USDA guide is the MyPlate design. The graphic mimics a place setting, with a colorful plate divided into sections for fruits, vegetables, proteins, grains, and a circle for dairy to the side to mimic a cup of milk.

The graphic “serves as a reminder for healthy eating,” instead of delivering specific guidelines, according to the USDA.

Supplementary dietary information can be found on choosemyplate.gov, such as sections on the five food groups and quizzes to test your knowledge. The website also has tip sheets customized for different groups of people, such as:

A section on making healthy choices when you live on a budget includes tips such as:

There’s also a MyPlate app you can download and use to set daily food goals and track your progress as you build healthier habits.

The USDA no longer provides generalized dietary recommendations. Instead, each of the five food groups sections on their website breaks down how much you should have for a balanced diet, according to your age and gender.

There are two types of grains, whole and refined. Whole grains contain the entire grain kernel (bran, germ, and endosperm), while refined grains consist solely of the endosperm. Refining the grain improves the texture and increases shelf life, but also removes important nutrients such as dietary fiber, iron, and various B vitamins.

At least half of your daily intake should be whole grains. Potential whole grains include:

You should eat refined grains such as white bread and white rice sparingly compared to your whole grain intake. However, white rice can be an excellent food for better sleep.

Vegetables have five subcategories. There’s dark-green vegetables, red and orange vegetables, starchy vegetables, beans and peas, and those that simply fall under the category of “other.”

As with vegetables, there are different ways fruits can be prepared, offering you several choices for fulfilling your daily fruit intake. You can consume fresh fruit, 100 percent fruit juice, dried fruit, canned fruit, frozen fruit, and pureed fruit.

There’s a lot of different foods in the protein category. Aside from meat, poultry, and seafood, there are eggs, soy products, beans and peas, nuts, and seeds.

It’s best to consume a variety of healthy protein foods. The USDA recommends cooked seafood weekly and low-fat meats and poultry if you’re a meat-eater.

The milk products that make up the dairy group offer a considerable amount of calcium. Foods made from milk that lack the original calcium content, such as butter and cream, are not included in the dairy group.

You can still meet your calcium intake without consuming dairy products. The USDA lists alternatives such as:

“The role of fiber in our diets is becoming better understood and the science is clear that we need more of it,” says Kristin Koskinen, RDN. “Not only does fiber help keep you regular, but it also serves as a food source for the microorganisms that we collectively call ‘the microbiome,’ which plays a significant role in digestion, immunity, and mood.”

What can you do to increase your fiber intake? Kristin suggests:

According to the World Health Organization (WHO), a healthy diet is key to preventing malnutrition and chronic diseases like diabetes, heart disease, stroke, and cancer. Unhealthy eating and a lack of physical activity levels are worldwide health risks.

Some of the WHO’s eating tips are as follows:

Understanding how the USDA’s food guidelines have changed can show how our knowledge of food has changed over time. Today, we better understand the importance of a varied diet, moderated eating, and proportional servings. The MyPlate website can help you establish a diet that fulfills your unique needs. 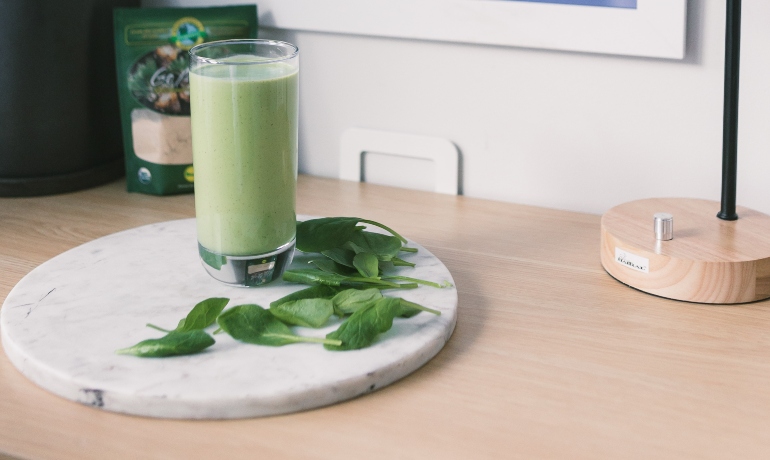 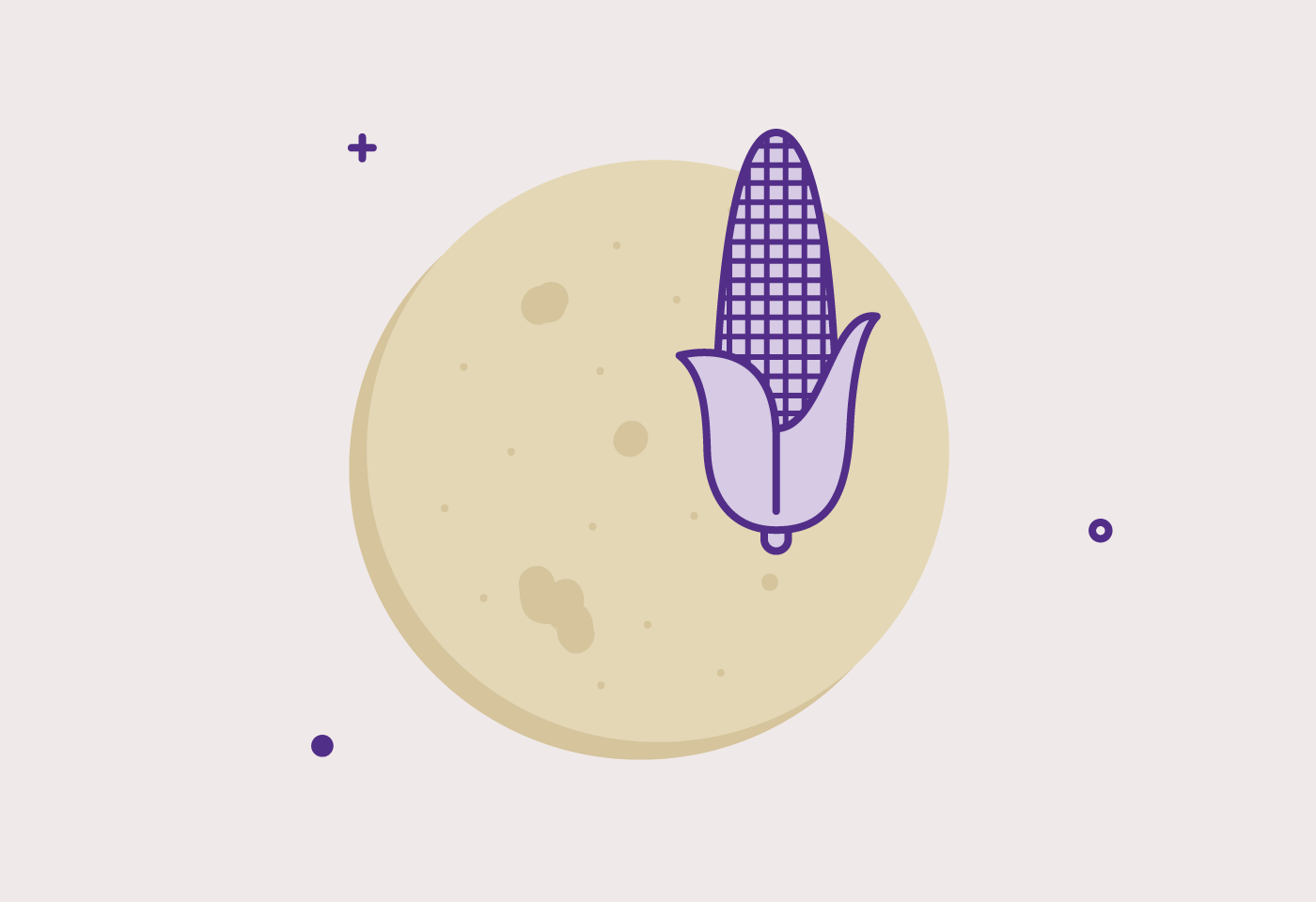 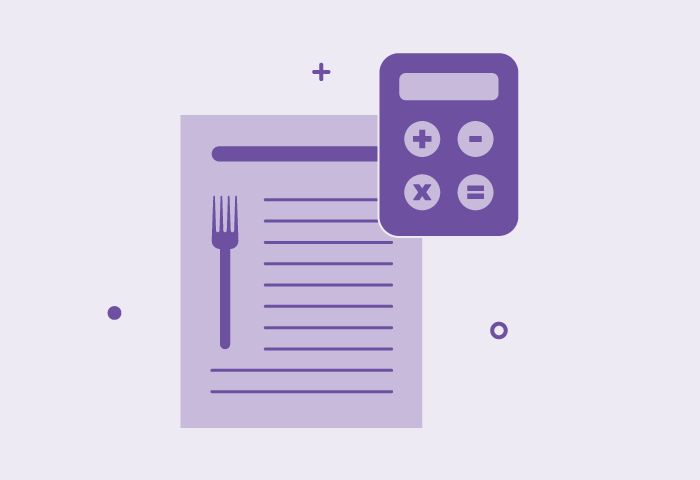